Cloud Robotics is an emerging field within robotics, currently covering various application domains and robot network paradigms. Cloud Robotics was born from the merger of cloud technologies and robotics. Cloud technology-based computing—or simply Cloud Computing—is one of the most dynamically growing areas of Info-Communication Technologies (ICT).

The presentation summarizes the basics of cloud computing, namely the main idea, the definition, the cloud model composed of essential characteristics, service models and deployment models.

The next part provides a structured, systematic overview of the numerous definitions, concepts and technologies linked to Cloud Robotics and cloud technologies in a broader sense. It also presents a roadmap for the near future, describing development trends and emerging application areas. Cloud Robotics may have a significant role in the future as an explicitly human-centered technology, capable of addressing the dire needs of our society. Finally, some cloud robotics projects are discussed.

The last part of the presentation summarizes the results and ideas of a new generation internet and Cloud Technology based Virtual Collaboration Arena (VirCA) developed in Hungary and some of its application possibilities in Cloud Robotics.

VirCA provides a platform where users can build, share and manipulate 3D content, and collaboratively interact with real-time processes in a 3D context, while the participating hardware and software devices can be spatially and/or logically distributed and connected together via IP network. The 3D content and processes in VirCA can be synchronized with the real world, which allows the combination of reality and virtual world in the collaboration arena

Imre J. Rudas graduated from Bánki Donát Polytechnic, Budapest in 1971, received the Master Degree in Mathematics from the Eötvös Loránd University, Budapest, the Ph.D. in Robotics from the Hungarian Academy of Sciences in 1987, while the Doctor of Science degree from the Hungarian Academy of Sciences in 2004. He received his first Doctor Honoris Causa degree from the Technical University of Košice, Slovakia, the second one from “Polytechnica” University of Timisoara, Romania and the third one from Óbuda University, Budapest. He was awarded by the Honorary Professor title of Wroclaw University in 2013.

Now he is the Head of the Steering Committee of the University Research and Innovation Center. He has been the president of the Central European Living Lab for Intelligent Robotics since 2014.

He is a Fellow of IEEE, Senior AdCom member of Industrial Electronics Society (IES), he served IES as a Vice-President in 2000-2001. He was elected as the Vice-President for Membership and Student Activities in IEEE System, Man and Cybernetics Society for the period 2014-2015. He is the Junior Past Chair of IEEE Hungary Section. 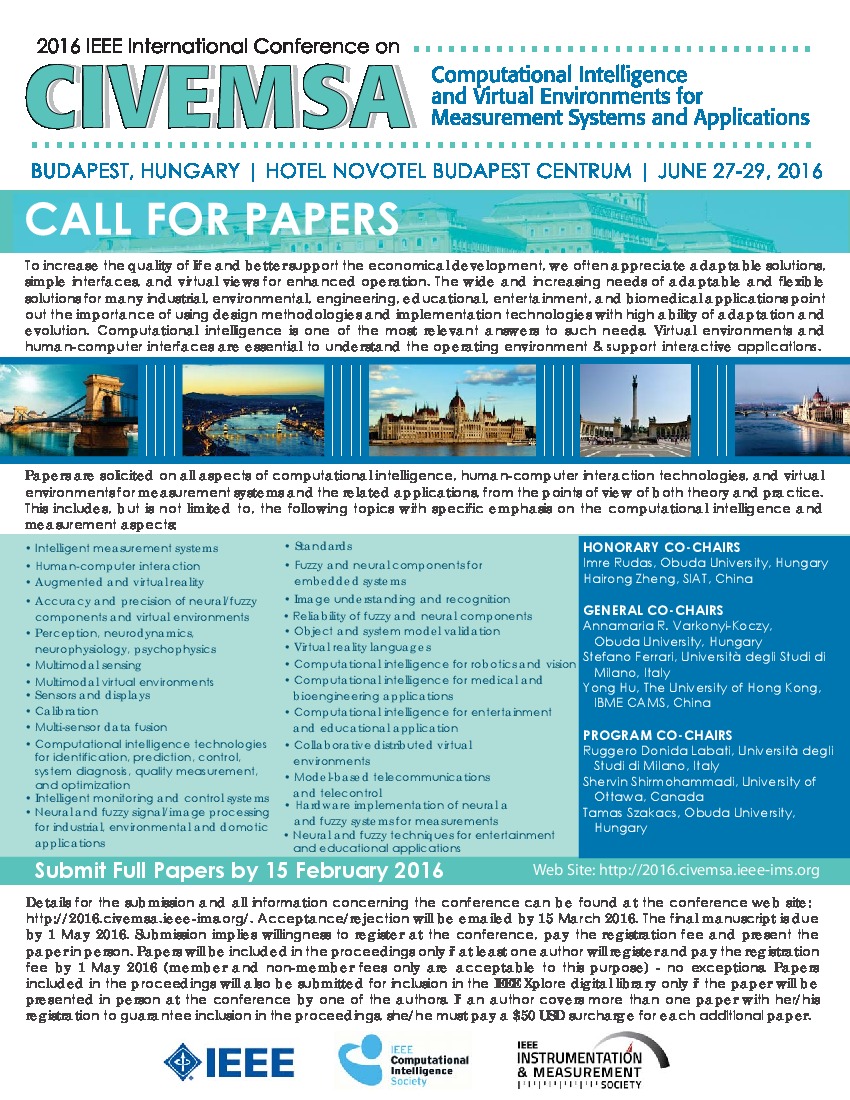